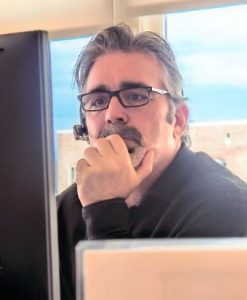 Upon hearing news just now that Authenticom has informed 55 employees that they will be laid off effective Feb. 2 because of the company’s prolonged antitrust battle with two larger companies, I have to say this is a sad day for our corner of the industry, not only for the workers affected, but also the automotive community as a whole.

Cottrell’s announcement to the affected employees came two days after the Seventh Circuit Court of Appeals in Chicago dealt Authenticom a blow in its suit, which the company filed in federal court in Madison on May 1.

“The human side of the layoffs is sweeping,” Authenticom founder, president and CEO Steve Cottrell said. “I deeply, personally regret this. We’ve done everything in our power to avoid this.”

Authenticom, which tried to hold its number of layoffs to the dozen announced in August, set the Feb. 2 date to lay off the 55 to extend benefits for them, Cottrell said. They will receive help with job-placement efforts, resume writing and other assistance needed to secure new jobs, he said.

“These are the people who made this company, and made us a success,” he said. “This is a tribute to what the larger team has done. We have found significant opportunities outside of the automotive sector,” he said.

“Change is on the horizon, and we are inspired by the way our industry has embraced both technological change and at the same time pushed back on the status quo of control of emerging technology by the privileged few,” he said.

For a complete breakdown of the backstory and timeline of events of this situation, read Dealers Still Own Their DMS Data…For Now.