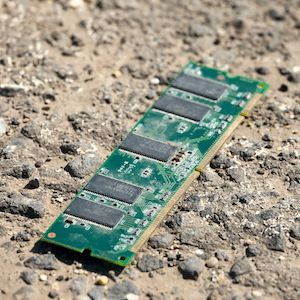 Chances are if you were finishing your business education in the late nineties, The Innovators Dilemma, by Clayton Christensen, was mandatory reading. To this day it’s still considered one of the best business books in modern times. It was in this book that Christensen coins the term disruptive technology (later changed to disruptive innovation), to describe a process by which a product or service gains a foothold in simple applications at the low end of a market, then pushes up market, eventually knocking off the established competitors. Simply put, great companies can, have, and will fail despite ostensibly doing everything right. Think Kodak and Xerox.

As I’ve worked in the automotive space for basically my entire adult life, I’ve got to see the forefront of several technologies and services that were self-declared disruptive. Hell, I thought the lead scoring I helped develop would be considered disruptive, but with the absence of third-party leads, it now looks rather ho-hum. Sure the basic logic has led to martech and fintech applications (and recent sales of a company with a lottery valuation), but It didn’t have that Netflix vs. Blockbuster impact. Time will tell that tale.

I’ll default to the good Professor Christensen when it comes to the matter of true disruptive innovation. It should be said, however, it’s hard to declare that a technology is disruptive while it’s actually being developed. In the beginning, few would’ve predicted that the electric motor would completely wipe out steam power, or that the mass-produced automobile would eliminate the horse and carriage. If several generations relied on something, rational people couldn’t conceive that in a single generation things could fundamentally change. Entire business ecosystems were built to support these monopoly technologies, with thousands of jobs depending on that status quo.

As new technologies were introduced, that monopoly of the legacy devices was broken, ushering in a new supply-side of supporting companies. It took years, even decades, for these technologies to be realized for what they were: disruptive. However, during my lifetime, the personal computer destroyed the typewriter, just to have the smartphone destroy the personal computer. With this acceleration has come an ever-increasing lexicon of fresh buzzwords to describe this movement. What was state of the art, became cutting edge, became leading edge, became, bleeding edge. Now disruptive seems to have taken on that same connotation despite the fact that it takes the passage of time to determine.

It’s the buzzword rich environment that has created a false reality that the declaration of disruption equals true disruption. Unfortunately, there’s an ever-increasing market of spenders who desperately want to take advantage of these technologies, at any cost, and do not have the ability to tell the difference between an immature, yet helpful solution from an awesome idea. Unfortunately, there are insidious people who are fluent in buzzwords, but have no intention of creating an actual disruption. Instead, they offer tools associated with a buzzword, create an illusion of sophistication, leverage a first mover advantage, and do nearly everything to prop up the monopoly of status quo. All of this is done while hoarding the cash at the user’s expense. I call this Corruptive Technology.

Corruptive Technology masks itself as disruptive to an exploitable audience. This audience is characterized as having a narrow focus, a large degree of technical ignorance and disposable budget, easily glamoured from performing any background research, and having an overwhelming desire to find a “magic bullet” solution. Corruptive Technology expertly packages buzzwords into a minimally viable product, dispatches an extraordinarily skilled sales and marketing team to rapidly deploy the technology, and generates profits from contractual agreements. Corruptive Technologies also find a boost from influencers (buzzword alert), who often tout the technology as if it’s the greatest thing since the advent of the Internet while collecting a pile of money, thereby doubling the burden on an unsuspecting mark. As one exploitee cycles off, another cycles on. Think of it as an exquisitely detailed box, with nothing but stale air inside.

Like a disease attacking the human body, Corruptive Technology often leaves a business weaker. It redirects resources from incremental improvements that can lead to predictable goals. It sours that staff on using such technologies in the future, as the Corruptive Technology often proves itself to be a monumental waste of time. More importantly, it sucks the life out of certain segments, as better thought-out technologies can’t get a second look. This last symptom might be the most deadly.

Terms like machine learning and artificial intelligence (AI; simply defined as technology that teaches itself without human intervention) are tailor-made for Corruptive Technology. These technologies are buzzworthy, exciting, complicated to understand, expensive to use, even more resource intensive to disprove, and could be the most magical of bullets. Confusing the market with simple algorithms or Amazon’s Mechanical Turk on an immature product or service while shouting that it’s AI from the rooftops creates a negative brand association with term AI. That negative brand association is compounded by trusted, but highly compensated, spokespeople that tout the product’s benefit. Consequently, the term AI then gets corrupted by the negative brand association. Then, along comes a more mature product or service that’s powered by IBM’s Watson or Google’s DeepMind, but the AI ship in a corrupted segment may have already sailed, as there is no longer a demand. This is a rinse, wash, and repeat problem in retail automotive.

Corruptive Technology surrounds us, but doesn’t control us. We have a duty to each other to remain skeptical. If something is spray painted in buzzword gold, try flaking some of it off. Spend some time researching the technology, and pay very close attention to those who developed it. Sometimes a 19-year-old college dropout gets super lucky, but most of the time that lucky dropout went someplace like Stanford or MIT. Ask about what patents have been granted or are pending. If the US Patent and Trade Office doesn’t find it terribly novel, neither should you. If you’re flaking off the paint and finding a turd, just stop. If you’re finding something raw in the middle, but promising, don’t pay to beta test. Offer, instead, to help develop the tool in exchange for its use. If you do the research and think that the technology will be life-changing, proceed, but do so with caution.

Technology continues to change our lives every day. And, new businesses are started every day to make our lives easier, while taking money out of the pockets of established companies. This is how business grows. Yet, all of us have a broom in our closet to clean up the messes our vacuum cleaner can’t. Don’t allow yourself to be corrupted by companies that market themselves as disruptive. Let history resolve that.