You are using an out of date browser. It may not display this or other websites correctly.
You should upgrade or use an alternative browser.
Toggle sidebar
This has happened to you, right? Articles and headlines like this and this tell similar stories — spam calls keep increasing. The Federal Communication Commission (FCC) says these unwanted calls represent their top consumer complaint and highest priority. Good news – you’re not alone.

Various players are trying to fight the madness. Phone carriers are waking up. Phone makers like Apple and Google are innovating. Custom apps like Robokiller and Hiya claim to offer superior blocking technology. Even Uncle Sam wants to beef up pressure.

What exactly is this stuff?

That vast majority of spam calls are “robo calls” with no human on the other end. Maybe you hear gargled static or a fax machine. Maybe it’s a recorded advertisement for health insurance. You might hear a confusing political message or dialogue in a foreign language. These robo calls represent the huge increase in spam that we feel as average consumers. I bet you know what I’m referring to here.

There are more sinister versions out there. These more closely resemble actual scams or fraud. Someone is calling because you won a Caribbean cruise. Just hand over your credit card number to get started. Someone from Apple tech support needs your password. The IRS is calling to confirm your Social Security Number.

So what’s the end goal? Money, which also comes in different forms. The scam or fraud stuff is simple. Call enough and someone will give up a credit card number. The robo call systems, however, are more complicated and take advantage of weird loopholes in caller ID data, revenue sharing, and massive lists of phone numbers up for sale. In one example, a receiving phone carrier will pay a tiny (like, super tiny) fee each time it populates caller ID information during a call. This tiny fee is broken up even more and another fraction is passed back to the originating caller as a revenue share. Don’t forget there are huge banks of phone numbers and robo dialing technology up for sale that continues to fuel the ecosystem. According to the Wall Street Journal, one Los Angeles based call center called Voice Broadcasting Software claimed to offer up to 6 million calls per minute. We’re talking teeny tiny fractions of a penny being passed around, so high volume matters.

Ultimately, all these spam calls lead us to the same place. Our phones ring with junk.

We’ve primarily discussed inbound spam calls to an average consumer like you and me. But what about your dealership? No surprise, this spam stuff matters for dealerships on both inbound and outbound calls.

The bad guys (childish term, I know, but it’s true) plow through massive lists of phone numbers using robo dialers. It’s not shocking at all for one of your numbers to wind up on a list. Your dealership number may have been scraped from a website or simply included in a bank of randomly generated phone numbers in sequential order.

Good news: the bad guys might keep calling but there is one sure-fire way to fight back to lessen the impact of inbound spam calls to your dealership.

Use a phone bridge – aka a phone tree or IVR

A phone bridge that requires a manual selection (“1 for service, 2 for sales”) is like a moat around your phone system. Remember, the bad guys are usually just dumb robots. Unlike humans, they can’t make the manual selection needed to bypass your moat.

We can’t stress this one enough. Build a moat with a phone bridge to keep spam from infiltrating the walls of your store.

Note: there are a slew of other benefits to a phone bridge beyond blocking spam. One example is integrating only calls that choose a sales extension into your CRM. Another is increased speed and efficiency when routing calls within your stores.

But! This part is important!

Your phone bridge should get violent and kill calls that don’t make a selection. This typically means a call is disconnected if no digits are entered or the greeting message plays three full times. This is very routine.

Work with your call tracking company to set up a bridge. This helps keep out the clutter, increases the value of phone calls in CRM, and gets callers where they want to go faster. If it happens to be built internally within your own system, get with your IT contact to confirm a call disconnect contingency exists. This will prevent hours of looping.

I’m sure you’ve seen a Spam Likely message on incoming calls. It’s a friendly heads up that this call might be a bad guy. Great. Not picking up your ringing cell phone just got easier.

Uh oh. Wait a second. Your sales team is hammering outbound calls to set appointments before the weekend (good) but two customers said spam likely showed when your salespeople called (not good).

Welcome to the new world. A world where increased scrutiny means your own outbound efforts can easily trigger a spam likely message. Phone carriers and makers are stepping up to protect consumers just like you. They look for things like suspicious activity or extreme call volumes. They sniff out numbers that are repeatedly marked as spam by the consumer and may even use formal complaints to the government or Better Business Bureau.

The world of phone carriers, makers, and customer data is convoluted. That creates some mystery into exactly when and why a spam likely message will appear.

Your dealership is not a robo-dialing spam call center. However, your dealership’s well intended efforts to pursue prospects and follow up with existing customers can check the box for some of these spam likely triggers on outbound calls.

Where does outbound click to call via CRM fit in this?

I noted above that your customers might see spam likely even when salespeople dial old fashioned landlines directly. That’s important to remember.

However, more dealers than ever before are using outbound click to call via CRM. The reasons are clear: better tracking, recording, and management of a dealership’s outbound calling culture.

Just like a normal landline, click to call passes a 10 digit number through to the recipient. This number is what the call recipient sees calling them. Just like a landline, it’s also the number that could trigger spam likely for the same reasons mentioned above.

Click to call via CRM has a critical advantage over landlines — telephony providers can insert any 10 digit number into the 10 digit caller ID being passed to the customer. Most dealers use this functionality to better track return calls. By inserting an inbound call tracking number in the caller ID, customer return calls (generated by outbound efforts) are tracked, recorded, and put in CRM.

Sure, there is some mystery as to when and why a call gets marked as spam likely. However, all signs indicate that the best option is to replace the spam likely tagged number with a fresh 10 digit phone number in your caller ID.

See where I’m going with this? This fresh number switch out is possible when using outbound click to call.

Click to call was an immediate hit in the automotive industry because of the added accountability and visibility. Years later, a long standing and fairly routine feature of click to call is now helping dealers connect with their own customers.

Proper customer database management is not a strong suit in the phone world. This is why your parent’s name may still show in caller ID, even if you left your family plan and changed phone providers 10+ years ago (sigh, true story for me).

Services like ListYourself.net aim to bridge these gaps and recognize who uses what phone numbers. For dealerships struggling with spam likely showing on outbound calls, we recommend registering the phone number(s) that appear on your caller ID on outbound calls with the ListYourself portal. This process is designed to help legitimize your numbers in the eyes of phone carriers. We have seen some early success stories with using the tool, although the jury is still out.

Hopefully, this spam surge isn’t the new normal. Hopefully, the market figures out effective ways to prevent the noise while not impacting normal businesses. That doesn’t seem like a good bet in 2020 though. Instead, buckle up and buckle down to fight spam.

MikeHaeg
Mike Haeg is an industry guru in the call analytics and technology sector. He has a deep passion for helping dealers measure their marketing ROI and i...
View thread (3 replies)

Great article Mike. You laid out a few items I was either questioning or was not aware of. Thanks!
Reactions: MikeHaeg 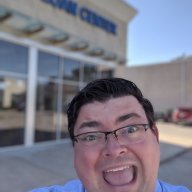 We were seeing this and I think we figured out a work around. It's been 45 days but we've seen our connection % double. What we do is use a tracking number for outbound calls and change this number every 30 days to give us a fresh start every month. Like I said small sample but it seems to be working.
Reactions: MikeHaeg

nduplantis said:
We were seeing this and I think we figured out a work around. It's been 45 days but we've seen our connection % double. What we do is use a tracking number for outbound calls and change this number every 30 days to give us a fresh start every month. Like I said small sample but it seems to be working.
Click to expand...